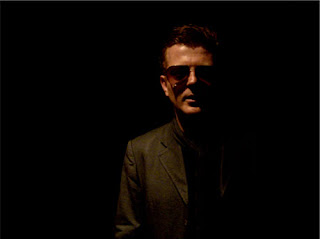 The early 80’s saw Sean McLusky as a professional musician, first as a member of the original indie band Subway Sect and then beat outfit Joboxers, scoring two top ten singles at home and touring a debut album across Europe and USA.

Sean Mclusky cut his teeth as a music promoter in the late eighties with a weekly live night called ‘Club Left’ in Soho London. Then followed the Brain Club in 1988 and the 'Love Ranch’ in 1991. McLusky was the first promoter to discover the 333 club, in what was then the very run down, quiet district called Old Street in Shoreditch, it was there McLusky created the ‘Sonic Mook Experiment’. In 1994 McLusky instigated the conversion of the old Paddocks snooker club in Holborn, which he designed and launched as the 'Leisure Lounge'.

Sean McLusky recently formed a new label 1234 RECORDS. drawing on the wealth of new talent emerging from the new East London underground scene, discovering, developing and managing new artists. To date 1234 Records have released singles and albums from Whitey, Cazals, Negative For Francis, Twisted Charm, The White Sport, Cosmetique, The Bishops, The Objects, Trafalgar and Lowline. This year will see more releases from artistes mentioned, music from new signings and a compilation album of music from the labels catalog.

Q1. What was the first record you bought and what effect did it have on you?

A. 'Lets Work Together' by Canned Heat and 'Lola' by The Kinks, in the same week, don't know which was first, they kind of set me up and sum me up in a double hit of R&R.

Q2. When did you start making music and who or what influenced you to do that?

Q3. Do you think that rapid information exchange via the Internet means that previous musical formats, albums and singles for example, are a dying art form?

A. Yes , but I will always believe in the art of the collector as the savior of all these formats

A. A wave of new music coming from a district of London that had not been known for music for at least 100 years (since the last Shorditch / Hoxton music scene around 1900)

Q5. Can you tell us about some of the bands that you are currently developing on 1-2-3-4 Records?

A. We encourage numerous new bands and provide them with a platform to punch well above their weight. All welcome, if they are fighters.

Email ThisBlogThis!Share to TwitterShare to FacebookShare to Pinterest
Labels: 1-2-3-4 Festival